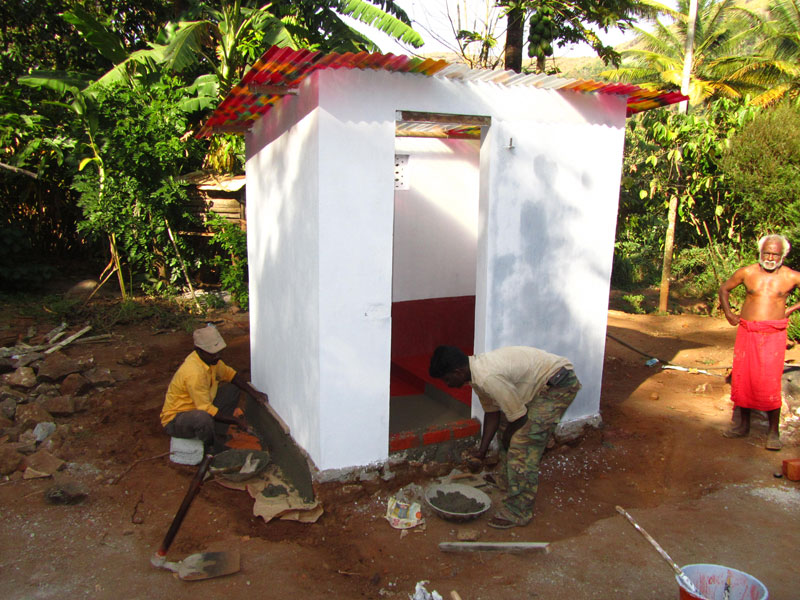 The ancient history of Kerala is shrouded in the mists of tradition. The most popular legend would have it that the land crust that forms the State was raised from the depths of the ocean. According to the legend, Parasurama, the Brahmin avatar (incarnation) of Lord Vishnu, waged an epic series of vengeful wars on the Kshatriyas. But later he was struck by remorse at the violence and annihilation and decided to offer severe penance atop the mountain heights. As atonement, the gods asked Parasurama to throw his battle axe into the water and give away the land that rises from the seas to the kin of the Brahmins whom he had killed. The sage did as he was told and heaved his mighty axe into the midst of the distant ocean. The waves foamed and frothed as a prawn-shaped land extending from Gokarnam to Kanyakumari surfaced from the depths of the sea to form the state and hence the sobriquet - "Gods own Country".

The people of Kerala in South India hold a special place of honour among the people who have enriched Indian cultural heritage and helped the cause of national integration. The culture of Kerala is, in fact, an integral part of Indian culture. The state, much like the Indian sub-continent, boasts a culture whose history runs well into the recesses of antiquity. Kerala's culture is a composite and cosmopolitan culture to which several people and races have made significant contributions. Through the ages, Kerala has displayed a genius for adaptation as well as fusion of tradition and new values in every sphere of human thought and endeavour. The gradual evolution of a composite and cosmopolitan culture in the land led to the birth of a spirit of tolerance and catholicity of outlook, which still persists among the people here.

The history of Kerala unfolds the romantic and fascinating story of a land that opened its hearts to the many people, races and communities that came seeking its riches and of the evolution of a unique process of cultural synthesis and social assimilation. And the culture of Kerala has persisted through the ages precisely for these reasons - of antiquity, unity, continuity and universality of its nature. In its widest sense the people and culture of Kerala embraces the highest achievements of the human spirit. And in its totality, she represents the quintessence of the collective achievements of a people - in the fields of religion and philosophy, art and architecture, language and literature, education and learning and economic and social organisation.

Kerala is a lush and verdant strip of land lying quite inconspicuously in the southern tip of India. Beautiful and refreshingly green, this Indian state lies along a sun-drenched coastline flanked by the Arabian Sea on the west and the Western Ghats on the east. From the seas lapping at its golden coastline in the west, the land of Kerala, covered with verdant coconut trees, rises up to the mountains of the Western Ghats - the mountain ranges that extend some 1,500 kms long from the southern tip of the peninsula right up to Mumbai.

The Western Ghats form an almost continuous mountain wall bordering Kerala. It is broken only near Palakkad where there is a natural mountain pass known as the Palakkad Gap. These mountains of Kerala, varying in height from 3,000 feet to as high as 8,000 feet, act as a natural barrier on the eastern border of the State. They also help the land to sucessfully reap the bounties of the Southwest and Northeast monsoons. The mountains once boasted thick forests and much wildlife. However, over the years, the trees have been cut down to make way for the ever-growing population of the plains. From the Western Ghats, the land slopes to the west on to the plains and into an unbroken coastline. The nature of the terrain and its physical features, divides an east west cross section of the state into three district regions - hills and valleys , midland plains and the coastal region.

The land of Kerala has been a thriving international business hub for centuries. While the mountains of Kerala drew tourists to it for their agreeable climate and proximity to wildlife sanctuaries, in the olden days it was more well-known for its spices, earning it the name - the Spice Coast of India.

The mountain ranges of Kerala are home to most of the world's spices and have over the centuries attained a certain mystique. A visit to one of the many coffee plantations that dot the landscape can be quite an experience. The main hill stations in Kerala are at Wayanad in the North, Ponmudi in the South and Munnar and Thekkady in Central Kerala. Wayanad is home to large numbers of tribal populations and lush, verdant forests. However, the scars left behind by the indiscriminate clearing of virgin forests still lingers. There are many schemes in hand to lessen the impact on the environment, some of them foreign-funded. Wayanad is accessible by road from Kozhikode from the Kerala side and from Medikere on the Karnataka side of the border. There are vast stretches of forests here that are unspoiled and rich in wildlife. The temple at Thirunelli near Mananthody, built within the confines of thick forests, is visited by thousands. For the wildlife enthusiast, a visit to the Tholpatty wildlife sanctuary can be highly rewarding.

From Munnar, the road meanders along the mountains and takes one through the cardamom plantations ( not surprisingly, the hills are called Cardamom hills) to the best managed wildlife sanctuary in Kerala and The Project Tiger Reserve - Thekkady.

The Eravikulam national park and the Thattekad bird sanctuary are excellent testimonials to good management of wildlife sanctuaries. Entry into the Eravikulam Sanctuary is severely restricted to avoid disturbing the extremely fragile high shola-grassland eco-systems and the Nilgiri Tahr, endemic to this region.

The Periyar Tiger Reserve and wildlife sanctuary is home to some 35 of the Indian Tigers and hundreds of Asiatic elephants. The reserve runs a couple of Eco Development Projects aimed at helping local communities. All along the Western ghats, it is possible to find excellent places to get away from the heat of the lowlands and take in the scenery. But accommodation is restricted and accessibility is problematic. Hence, travel plans have to made with due care while travelling along these mountains.

Kerala has been an open field for the missionaries of all religions. Of all religious groups ,the Syrian Christian are special to Kerala. The first of this group is said to have baptised by St: Thomas who landed at Kodungallur in AD 52. He converted a group of high-caste Numbudiris to Christian community. Chronique de Seert has references to the visit of David Dudi, the Bishop of Assyria between 295 and 300 AD. Thomas the Manichan in 277 AD and Thomas of Cana in 8th the century showed missionary zeal.

After the British take over in the late 18th century, English language assumed importance. This brought about a tremendous impact upon the life and culture of the Keralites. In this respect, Kerala owes a great deal to the Christian Missionaries. They not only educated the people but also introduced health-care programmes. They were careful not to disturb the majority community and easily blended into the Kerala culture. Latin was replaced by Malayalm for Church services, and the traditional Kerala nilavilakku was brought in replacing candles and they wholeheartedly participated in the Hindu festivities. Thus they enriched Keralas ethnic culture.

The Muslims of Kerala are the descendents of the Arab traders who came to Kerala and married locally and finally settled down here. The Arabs who landed here after the Jewish men, brought the first wave of Muslims settlers. They were the first peoples to build the first Mosque in this Sub-continent at Kodungallur. They concentrated in the Malabar area and up to the 18th century they were mostly agricultural labourers, petty traders and soldiers in the Zamorins army.

Year Out India is a grass roots volunteer run organisation working with tribal communities and disadvantaged people in Keraia, south India. They are committed to improving sanitation and housing conditions.